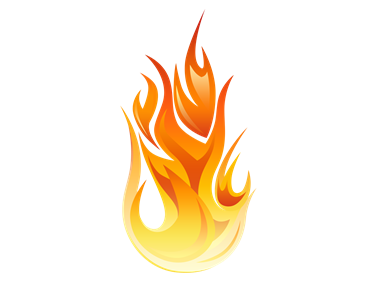 Update: After using the system with a series hookup I have decided next summer to go to a primary/secondary piping layout or use a hydraulic separator instead. When zones are calling for heat the return water is mixing with the boiler/storage water and reducing the available temperature for heat. Also, I have decided the 30 plate heat exchanger is not large enough and will probably upgrade then as well.

Current System: I have a Tarm Solo Plus 40 wood gasification boiler piped in series with an oil boiler that supplies heat to my home through a mixture of radiators, baseboard, and retrofitted radiant wood floors. Here is a piping schematic of my existing system:

There is also a DHW (direct hot water) coil in the oil boiler which was the reason for choosing this piping layout. 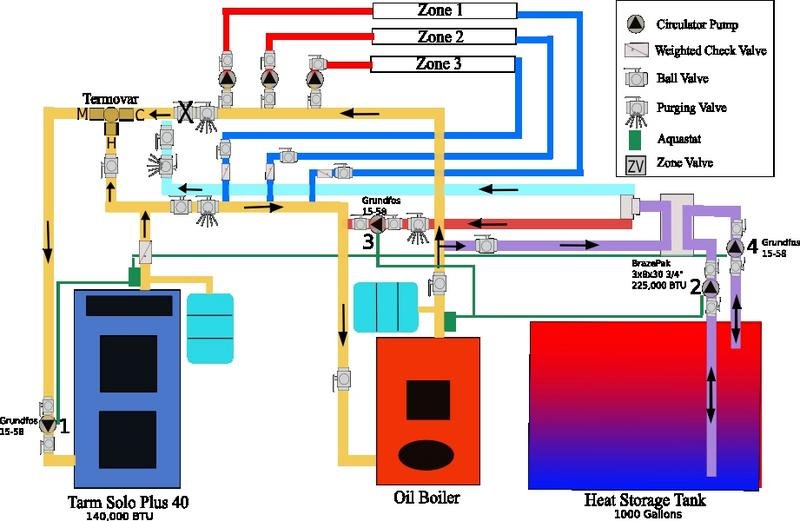 Planned Storage: When charging storage pump 1 on the Tarm return line will pump water through the oil boiler, into the flat plate heat exchanger and return to the wood boiler via the termovar mixing valve. Pump 2 will also run pulling water from the bottom of the tank and returning it to the top.

There are two pumps on the tank side of the flat plate heat exchanger in order to maintain temperature stratification inside the tank. This greatly increases heating efficiency as opposed to mixing water which would result in much lower available water temperatures. The oil boiler is kept heated at all times because it feeds heat to all zones and contains a DHW coil. 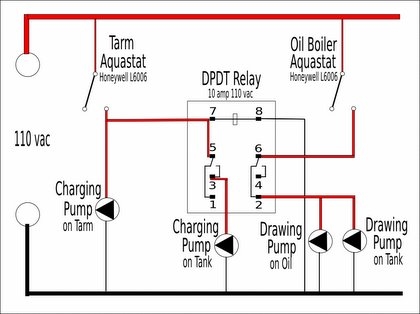 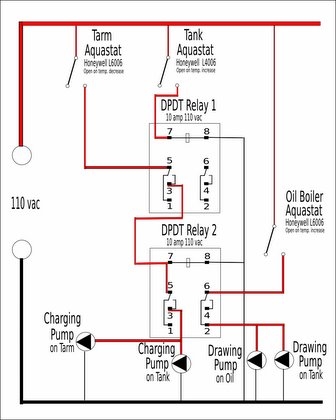 I am also considering using a slightly more complicated wiring that would allow the tank to stop the charging process when it is up to temperature. For this layout there is a second DPDT relay that is charged by an open on temperature increase aquastat on the tank and only allows the Tarm aquastat to pass through if the tank is under temperature. The other relay wiring stays almost the same. Since the EPDM liner I am using has definite temperature limits, I think I will eventual go to this method to ensure that the tank is not over charged.